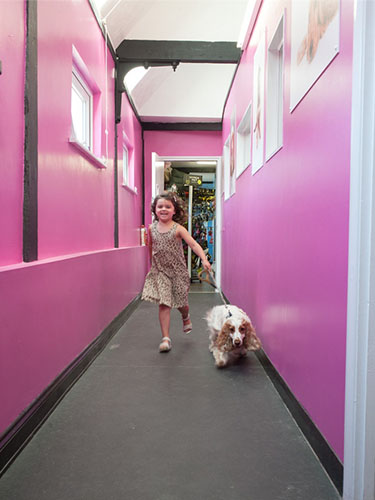 Snoopies was founded in 2001 by Kelly Miles; Initially she traded as a mobile Dog Groomer in the Colchester and Clacton areas and soon became, mainly through recommendation, one of the most reputable dog and cat grooming parlours in Essex.

Kelly secured the Prince’s Trust award in 2004 and the “Best of Colchester” small business award in December 2007.

Snoopies now has a client base of over 2000 clients and we are accepting new clients nearly every week.

Snoopies operate on an appointment basis only, please contact us now to book your next grooming session.

Thanks Kelly for all your kindness and patience with my boy whiskey who had a horrible experience with another groomer, he looks so beautiful and very calm.

Today my puppy had a haircut with dear Kelly for the first time and I was so pleased with it. Staff are very friendly and professional exactly what I was looking for. I am very happy to find this place for grooming my dog :)

My dog had his first trip here today and it was fantastic such wonderful service especially as he's hard work. He smells wonderful and looks brilliant to. Wonderful staff too. Can't wait to take him for another wash.